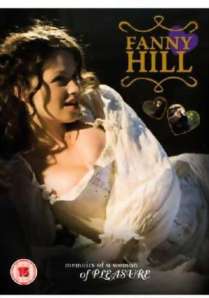 Fanny Hill was directed by Andrew Davies. Yes, Andrew Davies, the director of BBC’s 1995 adaptation of Pride and Prejudice. But Fanny Hill is no P&P… this series is a Period Erotica.

I watched Fanny Hill, a two-part miniseries, because I was curious to see how Davies pulled off directing an adaptation of an 18th-century erotica. I read this book, and let me tell you guys a little about it before getting into the review. 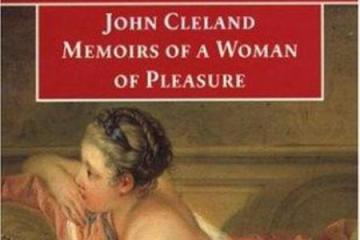 The adaptation, on the other hand, was much tamer.

It’s about a naive country girl who is deceived into prostitution. She ends up quite enjoying the trade, though.

The only character I liked in this series was Mr. H, Fanny Hill’s second lover, who is an earl’s wealthy brother. At first, he doesn’t care that Fanny is still in love with her former sweetheart, Charles Standing. But Mr. H slowly begins to fall in love with Fanny. 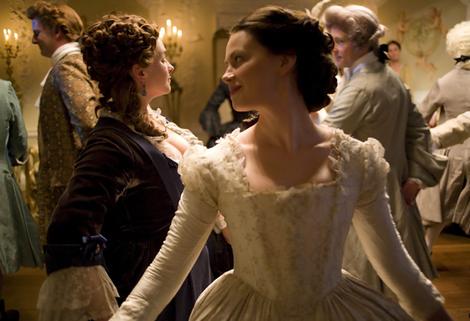 A romantic relationship blooms between them, as Mr. H teaches Fanny how to be a lady, by refining her Lancashire dialect, and teaching her the beauty of poetry. Soon, Mr. H is no longer satisfied with her body alone—he wants more—he desires her love.

However, she denies him this, and in a single misstep, Fanny sparks her lover’s jealous outrage. To her shock, he boots her out of his life, and she finds herself on the streets, destitute.

So Fanny goes to Mrs. Cole’s hat-shop, hoping to find a respectable position there—only to find that the hat shop is a façade for an upper-class whorehouse. Fanny decides that it will be in her best interest to work at a brothel again. 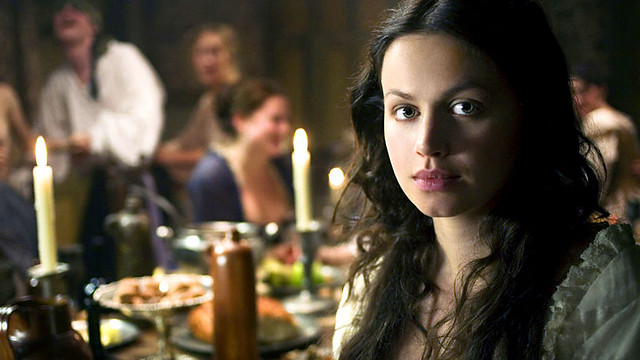 The brothel turns into a home to Fanny. She becomes popular with the men, and this infuriates Esther Davies, another harlot.

Esther, in order to show Fanny who the more desirable woman is, takes up Mr. H as her lover. Fanny is completely unaware of this until she bumps into Mr. H at the brothel. Esther enters the scene and snakes her arm around Mr. H. Fanny becomes jealous.

However, little does Fanny know that Mr. H’s heart still belongs to her. . .

And little does she know that searching throughout London for her is her sweetheart, Charles. . . 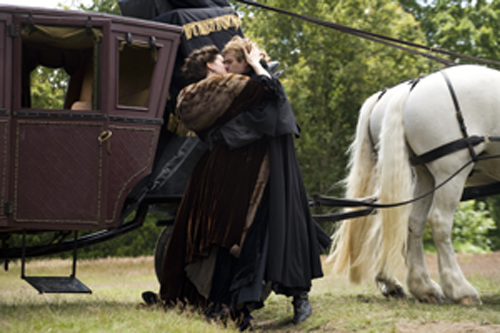 Did I enjoy this series? The answer is: Somewhat. I’m entertained by all things period drama. But I found myself skimming through this show. A lot. More than half of the show was comprised of sex scenes, one after the next. So there was little to no character/relationship development. I felt no sympathy for the characters—except Mr. H. The storyline was un-engaging. It all comes down to this: Fanny Hill is a trashy romance.

Still, this adaptation along with the book offers an interesting look into the English Underworld.

Six months until THE RED PALACE is out in the world!
Reading THE GREAT ALONE while waiting on some interesting news 👀
"You're so nice, but you write the darkest stories!"
Worked on #SecretProject today and.... I'm having so much fun. Politics, conspiracies, battle scenes, enemies to lovers, here I come 🖤🖤
Writing break (so sick of rewriting this one chapter 😂☠️☠️☠️)! We got a zoo membership, so it's zoo day whether it rains or shines!
Look what came in the mail! My editor @editrix_em sent me the printed & bound manuscript of THE RED PALACE and... can we just take a moment to admire her artistry???!!!
'The Forest of Stolen Girls' OutApril 20, 2021
Published!
Loading Comments...
%d bloggers like this: