Listen to this WHILE you read my entry. You’ll understand my feelings better : ( This is one of my favorite pieces. I always tear up listening to it.

I’ve been a Whiny Writer of late. Two of my twitter/facebook updates reflected my feelings exactly:

Mr. Writing is my forbidden love, Mrs.University is my wicked stepmother, set on tearing us apart

I miss feeling alive. Writing a book brings me to life, makiing me observant and sensitive to the beauty of life, of nature. But right now the gentle wind and sunlight has been blocked out by stacks of dusty, scholarly books I must research. Oh, woe is me. 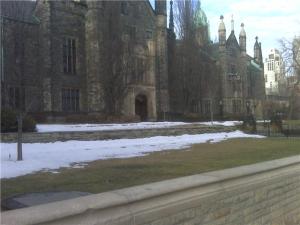 I realized how much I missed writing yesterday as I walked around my university campus. After attending my European history lecture, the weather was just so lovely! While taking my stroll, I listened to Ludwig van Beethoven Symphony No. 7 in A major, Op.92, II. Allegretto. Listening to Beethoven, while surrounded by 19th century architecture, made me feel like I was in the story I have yet to write. I’ve recently become obsessed with this new idea I hope to base my next book on. In fact, I even dreamt of the first chapter, which was heart wrenchingly 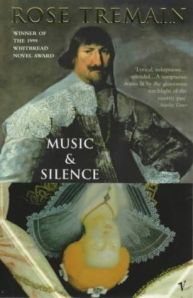 beautiful—and so I woke up and jot it down in my journal—only to wake up the next morning to realize I had written it down in my dream. I was devastated. And for the next half hour, lying in bed, I tried to remember it and am still trying to remember it. I wonder if I’ll turn out to be like the musician in Music & Silence who spends the rest of his life trying to recompose, to recapture, the vague but haunting melody he heard in his dream while travelling back home in a carriage—only to realize before his death that the melody belonged to one of Beethoven’s symphony.

One thing I’m worried about while working on my next book is that I’ll try to step out of my genre and try to write literature. What, you might be wondering, is the difference between genre fiction and literature? This is a question I ask myself time and time again. And my answer is debatable. For example, I do not consider my book The Runaway Courtesan to be literary. The best way I can put it is as a “meaningful romance” but it isn’t literary. Literature to me would be a book that can actually contribute something to a person’s life–not offer escape from it. Because that’s what romance novels are–they are one of the keys to escapism.

I’m not at all ashamed to call myself a romance writer. I see no shame in writing about love—the world’s greatest mystery. And yet when I listen to pieces like Beethoven’s Symphony No. 7, I want to leap out of the romance genre, and “try” writing a literary book. A historical “fiction” rather than a historical “romance” (yes, there is a difference), based not only on romance, but also on the clashing of politics, of battles, and something on the grand scale like that. But I tried this before and failed miserably. I end up getting a painful writer’s block. And when I try to spin up plots on such a grand scale, my dear critique partners know I’m trying to hard. For me, I’m the sort of writer where, if it does not come naturally, it isn’t the story my heart wants to tell. So I must remain content as a romance writer. I don’t belong in the literary sphere yet.

My mum says: Someday, when you’re older and wiser, you’ll probably move out of the romance genre. She might be right. And yet, at the same time, I think maybe I would be happy to write love stories all my life.

Ehm. I think I went on a rampage about literary and genre fiction because I just finished 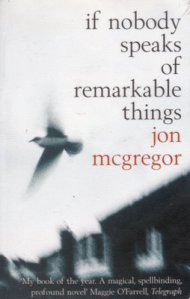 reading If Nobody Speaks of Remarkable Things by Jon McGregor twice within five weeks. I read it once because I need to write my English paper on it, then I read it again, because the story wouldn’t let me alone. I actually didn’t like it at first. I’m ashamed to say that one of my twitter update proclaimed Jon McGregor to be a Cormac McCarthy-wannabe. Yet the story haunted me throughout the day after I finished reading the last chapter. I cracked the book open again a week later and began rereading. It was on my second read that I realized that the reason why I hated this book was because even by the end of the story there was still so much things unresolved—but I realized that that was the beauty of the book. Its almost poetical mystery. It’s like life—there will always be questions unanswered. And it’s only after you consider events in retrospect that things make sense. So my second read was like a retrospect on all that occurred in the novel. Really stunning work of art. You guys should add it to your reading list.