Noelle, lucky duck, went to the long-awaited Romance Writers of America Conference and while I was following her exciting days there, I discovered people tweeting about Nora Roberts’ keyspeech.

Writing: “it’s supposed to be hard”, and that “hard is what makes it special”, so “ride the hard”.

Be Still My Heart (excerpt) is becoming very difficult to write. If I recall correctly, the first draft of The Runaway Courtesan was so much easier to complete, perhaps because it was straight romance (albeit the revisions I had to put this story through was pretty tough). But BSMH, on the other hand, is part romance and part family drama. And I’m in a rut with both aspects of the story.

The Romance: In the eight years I’ve been writing for, I’ve finished a few manuscripts that I’ve put in the drawer, knowing it’s not publishable material. So I’ve written more than one historical romance. But never have I experienced something this strange, where the characters I created decide for themselves that they don’t suit. My two main characters, Henrietta and James, are supposed to fall in love, and yet they seem determined to remain friends. I can’t seem to view them as potential lovers.

However, Amanda and Lucas in TRC sizzled when in each others presence—they clicked so well in my mind; they belonged together. Because they suited each other so well, I had no trouble writing their story. It was a joy to ride along their emotional rollarcoaster.

This whole issue of romance in BSMH, I blame on Henrietta. She’s all too chummy with James that the thought of them even kissing puts me into a writer’s block. They’re intimate in the sense of a brother and sister, but not that of a man and woman.

The Family drama: This aspect of the story is pretty dark, filled with contempt and rivalry, and I’m finding 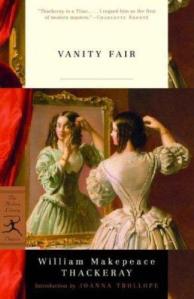 difficulty pacing it. I need to pace all the angsty events just right so that it allows for some subtlety, but if I have too much occur at once, it borders into melodrama. But in order to pace I need to write linking scenes that aren’t too thrilling to write. There was also legal aspects in this family drama that required information I couldn’t find until I discovered a few passages in Vanity Fair that offered some great insight about the process behind stripping a son of his inheritance (oup, gave a bit of the story away).

Writing a family drama also steps out of my comfort zone. I’m used to focusing mainly on the two main characters and breezing through the lives of the minor characters (it’s usually in the revisions that I give the secondary characters more attention). But this is a family drama where my focus must be divided among a whole range of characters—a bitter Duke who is dying, the son with revenge on his heart, a greedy nephew planning a conspiracy, and a girl who becomes the candlelight in their darkened world.

I’ve finished the first half of the story, which wasn’t so hard. It’s the last part of my story that I’m struggling with. I have pages and pages of plotting. The direction this story will take is so darn difficult that I don’t know if I’ll be able to execute it properly. Will I succeed? Or will I give up on this story halfway from exhaustion? We’ll see, my friends.

Could anyone design a thumbnail/banner for Be Still My Heart? ❤
I’ll use all submitted to me for each post (june.hur@hotmail.com) regarding this novel.

Summary: While Henrietta Wilson, a penniless young woman, might not be able to change the course of civilization, her unwavering devotion to the wealthy and powerful Lord Carlyle does not go unmarked in his life’s history. Ever since she kept him from falling into the self-dug pit of destruction, she became the keeper of his heart.

29 thoughts on “Writing Is Hard”