Set in 12th-century England, the narrative concerns the building of a cathedral in the fictional town of Kingsbridge. The ambitions of three men merge, conflict and collide through 40 years of social and political upheaval as internal church politics affect the progress of the cathedral and the fortunes of the protagonists.

It was past 2 a.m. when I finally read the last page of Ken Follett’s massive novel, The Pillars of the Earth. The moment I shut the book and put it aside, my definition of EPIC had forever been redefined. Don’t let the size of the book daunt you as it did me at first. Reading PotE has been a beyond great experience. Despite some obvious slips into modernism, the story transported me back some hundreds of years ago to a time where injustice governed, where greedy nobles reigned, and where peasants lived in constant fear and oppression. I went through quite a roller-coaster of emotions while reading this great medieval epic: I cried, I laughed, I fumed. What I loved best about this book was how the lives of very believable characters were woven so beautifully, so stunningly, into a complicated work of art.

Through this book, I learned several lessons. I learned of humility and compassion through Prior Philip. I learned of determination through Arianna: she built her life once more when it was in shambles; she searched for her lover throughout Christendom. And Jack, oh Jack—I watched him grow from a wild boy to a brave young man who ended up stealing my heart. I love this book to bits.

As a writer, I learned what it meant by “real, breathing characters”. Follett’s PotE is one of the few books (well, there were many, but only few remain in my memory) in which the characters came to life for me. They were so real that by the end of the book, I felt as if I knew them in reality, as if they were my acquaintances.

So, as a writer, I wondered to myself: what makes a character “real”? Answer: Character development. Throughout the 1000+ pages, gradually, bit by bit, Follett reveals to us the vices and virtues in each major character. Their personality isn’t shown to us in an information dump, but through their reaction to/and how they deal with a certain situation. No one character is perfect. And no one character is the same by the end of the story. Growth and change is what defines us human beings. And Follett adds depth to their characterization by incorporating this truth. The protagonists and antagonists, by the end of the story, have been altered and moulded according to the life situations they are thrust into.

What brings characters alive for you guys? What is the first book with GREAT character development that pops into your mind?

I’m following the eight-hour long T.V. adaptation of Pillars of the Earth. This Friday the fifth episode will be airing. Maybe it’s because I read the book first, but I find that the story is moving so quickly, allowing for little of the development I adored in the novel. But, then again, it’s impossible to fit the whole story into a miniseries. With this fact taken into consideration, I think it’s worth-while to watch. Especially because Eddie Redmayne is playing Jack (He was Angel in Tess of D’Ubervilles).

P.S. I’ve received some truly lovely graphics for Be Still My Heart. If you’d like to send me a design of your own, feel free to do so! You can send it to me at june.hur@hotmail.com. I will be using all the graphics submitted to me 🙂 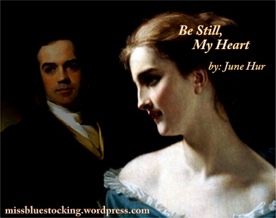 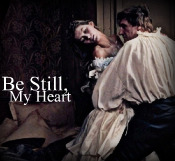 38 thoughts on “The Pillars of the Earth REVIEW & Character Development”