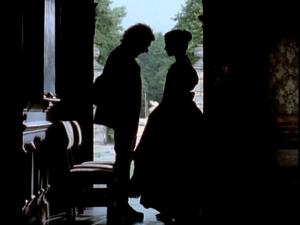 I’ve always struggled with the issue of writing love scenes. I remember writing one long ago for a story now abandoned, and found myself feeling mighty uncomfortable, for throughout this process I was asking myself: Is it right or wrong to write love scenes?

I’m an old-fashioned girl. I’m a Victorian lady who reads love-scene-filled-novels [I haven’t come across one novel in my studies of contemporary literature at university that does NOT have love scenes] but felt morally convicted when trying to write one. This is one of the main reasons why I considered writing for the Inspirational market at the suggestion of Agent #1. 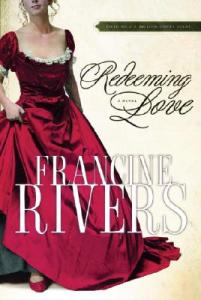 O.K. So what exactly is the issue? The issue became quite clear to me when I was reading the reviews for ‘Redeeming Love’ which is a big-time bestselling Inspirational romance that did NOT close the bedroom door. In the 700+ reviews for this novel on Amazon.com there was a debate threading throughout: One side of the argument was that the love scene was appropriate as the hero and heroine were married, and because the love scene was written in a poetical, non-explicit way. The other side of the argument was:

Her Harlequin romance novel style writing is designed to titillate the flesh. I would not consider this book appropriate for unmarried young ladies as intimated in some of the previous reviews. If you are a mom considering this for a teenaged daughter, read the entire book FIRST. Even though the most graphic scenes are between a man and wife, there is far more detail than most young ladies who are desiring to keep their minds as well as their bodies pure before marriage need to know.

So I got no answer while reading through the reviews. I was back at base one: is it right or wrong to write love scenes? I became even more confused when I began reading the works of New York Times Bestselling author, Teresa Medeiros. Her novels had explicit love scenes. What gave me pause was when I learned that she was a Christian, a fact she openly acknowledged in her book. So I wrote her an email asking her about this issue of writing love scenes: What is right, what is wrong? or is it not black and white—is there a grey? 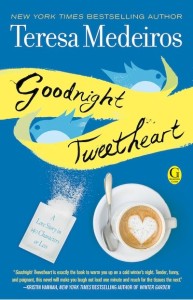 The author replied back with: “…This is such an important question you ask and I answered a very similar one from a Facebook friend just last week” and referred me to the site where she’d answered this question. This answer I read and was totally blown away with:

I GATHER FROM SOME OF YOUR COMMENTS THAT YOU ARE A CHRISTIAN. HAVE YOU EVER FELT ANY CONFLICT BETWEEN WRITING EXPLICIT LOVE SCENES AND YOUR FAITH?

After much study on and struggle with this issue, I came to the conclusion that it’s never a sin for an artist to try to depict life as accurately as possible, and that includes the sexual aspects of life. That would be like saying Michelangelo’s David was “dirty and sinful” just because Michelangelo chose to sculpt the human body in all of its naked glory. Love scenes are no different from family scenes or conflict scenes or battle scenes.

If I’m going to make my readers a part of my characters’ lives, then I don’t feel comfortable showing them all other aspects of that life, then slamming the bedroom door in their faces. Many people who don’t read romances don’t get this, but romances are actually incredibly moral books. The hero and heroine generally have a monogamous relationship that always ends in a lifelong commitment, usually marriage. I’ve probably become a MORE moral person by reading and writing romance. I also don’t feel like art is required to depict a perfect life. Every plot may not lend itself to marrying off the hero and heroine before they do the deed, but you’ll usually find that while they’re still basking in the afterglow, my heroes are already thinking, “Hey! I need to marry me that woman!”

I believe God gave me my talent and I believe he wants me to use it for good. When I recently received a letter from a woman who had just undergone a hysterectomy and was afraid she’d never again feel sexual desire for her husband again…until she read CHARMING THE PRINCE, it simply validated that belief. I will always respect the beliefs of fellow Christians who aren’t comfortable reading or writing explicit love scenes, but I believe romances are beautiful and spiritual books that celebrate the best of what love has to offer and mirrors the love that God has for His children.

In the author’s email to me, she also wrote:

If you should decide you’re not comfortable writing explicit love scenes, there are always other paths like Inspirational romance, women’s fiction, etc. I do know that when I re-read my old books, I’ve never found one that I was ashamed of in retrospect. They seemed just as filled with hope, innocence and love as they did when I wrote them.

I’m still uncertain–I  don’t know on what ground I stand on. I find myself leaning towards the grey zone. I’m thinking that if I must write love scenes, I’ll write a subtle, poetical one. A scene so watered down you wouldn’t even know it was there. Like Mary Balogh, her love scenes are pretty nuanced.

So, dear readers, what’s your take on this issue of writing love scenes? And have you ever struggled writing one yourself?

37 thoughts on “Writing Love Scenes (with a furious blush)”